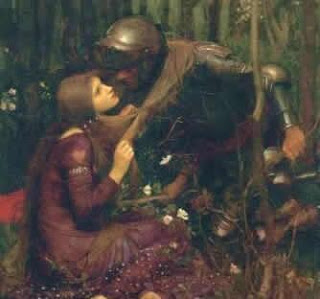 A Conversation with Otto Kernberg


"Kernberg considers narcissism both at a theoretical level as libidinal investment of the Self, and at a clinical level as regulation of self-esteem. The first precondition for normal narcissism is an integrated sense of self which, together with an internal world of significant others, strengthens normal self-esteem. If normal infantile narcissism persists into adulthood, it can become narcissistic personality disorder, characterized by an over-involvement with oneself and an inordinate envy of others.

Internal morality is weakened because the positive aspects of the Super-Ego are incorporated into the Self, and the prohibitive ones are projected onto the environment which thus becomes critical and demanding. The most severe cases are those of 'malignant narcissism'-severe deterioration of the Super-ego, anti-social behavior, paranoid features, etc.-and the 'psychopathic personality' with a total destruction of the super-ego. Paradoxically there is a greater destruction of the world of internalized object relations in pathological narcissism than in ordinary borderline personality organization of which the former is a secondary complication...

Kernberg's approach, a combination of object relation and ego psychology, differs from Kohut's in that the latter's infantile grandiose self is rooted in normality. For the author this is an adaptive strengthening of the pathological structure whose effect is the stabilization of self esteem but not a deepening of object relationships."

A Lecture by Heinz Kohut

"...When we analyze adults who suffer from narcissistic disturbances - individuals who make incessant demands for gratification - we may get the impression that they had been spoiled as children. We reason: there was continuous drive-gratification, so these people became fixated on their drives and that is why they became sick. But that's not so. They didn't become fixated on the drive because they were spoiled, because of drive-gratification. They became fixated on drives because their budding selves were overlooked, were not responded to..."

"This essay attempts a phenomenological study of ordinary, day-to-day manifestations of narcissistic dynamics. Despite the importance to psychoanalysis of Freud's careful explication of everyday-life evidence of unconscious defensive processes (1901), analysts have naturally tended to give greater attention to more obvious and serious psychopathologies, the kinds for which people come to them for help. We propose in this article to revive the Freudian tradition of scrutinizing what is ostensibly mundane and commonplace, addressing those aspects of narcissistic pathology in ourselves and others that invade daily life, in both the personal and professional spheres, often rendering it less gratifying, more bewildering, and lonelier than it might be..."

Narcissistic Personality: A Stable Disorder or a State of Mind? by Elsa Ronningstam, Ph.D. and John Gunderson, M.D.

"For clinicians, the assiduous and sustained resistance to change common in patients with narcissistic personality disorder (NPD) has been especially noticeable and trying. The narcissistic patient's persistent denial of problems or limitations and lack of motivation for treatment until faced with a major failure have been documented by Kernberg (1985, 1992) and Millon. However, until recently the natural course of NPD has not received much attention in the clinical and empirical literature, and there is very little documented knowledge about the factors that might contribute to changes. Knowledge about the natural course of a disorder is important in evaluating the benefits of treatment. .."

"Liking oneself is a precondition for liking others. Yet to be in love with oneself is at best suspect, at worst a tragic fate condemning the afflicted to a life deprived of true intimacy. Narcissism is a universal psychological phenomenon, with healthy and unhealthy forms. Pathological forms of narcissism may be an attempt to find basic security in the face of environmental difficulty or trauma. Psychological treatment can help lessen the fundamental loneliness of the narcissistic sufferer."

The Impact of Narcissism on Leadership and Sustainability
by Bruce Gregory, Ph.D.

"One of the main forces opposing efforts to achieve sustainability is narcissism, and narcissistic defenses. Both are often misunderstood and unrecognized as they undermine efforts at promoting sustainability. These forces are universal, and exist in almost all organizations in some form. They are effective for three main reasons; first, they are unrecognized; second, people are unprepared mentally and emotionally to deal with them; and lastly people under appreciate the dynamics of empowerment."

"Many people spend a lifetime aggressively trying to protect an injured or vulnerable "self." Traditionally, psychologists have termed such people "narcissists," but this is a misnomer. To the outside world it appears that these people love themselves. Yet, at their core they don't love themselves--in fact their self barely exists, and what part does exist is deemed worthless. All energy is devoted to inflating the self, like a persistent child trying to blow up a balloon with a hole..."

Narcissistic Personality Disorder: How to Recognize a Narcissist by Joanna M. Ashmun

"...The material on Narcissistic Personality Disorder that is published for lay readers is not very informative, even though most people have had to cope with a narcissist at one time or another. If you were raised by a narcissistic parent, then you've been taught that the narcissist is always right and you're the one who's wrong. A lifetime of such mistreatment typically instills lack of confidence in your own judgment, along with habitual shame at never getting it right or being good enough to deserve the air that you breathe. The children of narcissists may not have realized that the quirks and oddities of their impossible-to-please parents are not in any way unique or special but are in fact the symptoms of a personality disorder..."

“[Do not] discount the need to view pathology as pathology. A situation involving pathology needs to be dealt with appropriately. And the more information you have about the particular disorder of the other person, the better. That way you know what is the illness and what is more personal. You know what to expect and what it is unrealistic to expect. You are less vulnerable and less judgmental. You can deal with a situation - and the other person - more creatively and with more understanding. You will know how - and when - you need to protect yourself and your own vulnerabilities.” ~Drs. Hal & Sidra Stone