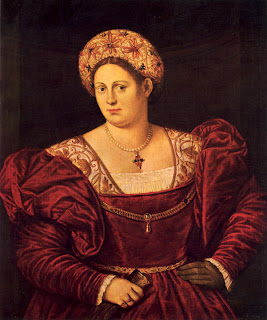 "That would be the main reason for cutting off from just about any piece of information.”~(a posted comment on Sunday Birthday Bash)

Manufacturing Content: Dismissal of whatever makes us 'Discontent' with reality

“Aunt Tatie, I know this really, really nice lady and even though she’s fatter than you are, she got married three months after her divorce!”

“There was this lady on Fox News, Aunt Tatie, and she only had a high school education but after her husband ran away, she became a CEO for a Fortune 500!”

“I read about this woman, Aunt Tatie, and she got divorced when she was super old, too. Then she earned a fortune writing cookbooks and making sandwiches.”

“We are free to be whatever we want because, “This Is America!”
* * *
In other words: a man, lots of money, shit-ass luck and dedication to The American Dream is the measure our success. Any woman with a husband's boot marks on her back can restore her dignity by disavowing abuse, dusting herself off and pressing forward without causing a ruckus in the social machinery manufacturing content.
I resisted bursting bubbles floating around my contentedly blissful family but for every Success Story increasing the distance between fiction and reality, there were five thousand women lining up at homeless shelters; fifty thousand unable to get proper medical care; twenty thousand receiving public assistance and another two dozen blogging about narcissism. (NOTE: statistical references are not accurate. I'm sure they're much worse).

Why won’t a woman accept her job on the manufacturing line repeating ad nausea: "Fifty per cent of the problems in our marriage were mine. I should have tried harder to keep him happy.”
In other words, she says whatever she is supposed to say in order to maintain Social Contentment. I’m sensitive to the reactions people have when a good woman becomes a midlife cliché, but pretending she is not facing overwhelming circumstances denies her reality. It isolates her even more and in a roundabout way (though not intentional, I'm sure), sets impossible expectations for her to meet. Expectations that defy reality. Most of us gave up jumping through hoops to prove our worth when we ended the N-relatioNship and we're not about to start that rigmarole again.
Still, folks squirm in their seats when a woman refuses to blame herself or be so audacious as to say she was completely loveable. I’m neither irresponsible nor kidding myself about being sufficiently hard to live with, though. In fact, I’m hard enough to live with that any man worth his testosterone would be challenged to Get Over Himself and love me anyway. The only folks I know who consider themselves perfect enough to demand unconditional love are narcissists. The rest of us are quite aware we have peccadilloes and for the most part, we’re working on ‘em. Not fast enough to please the narcissist, of course---but fast enough to please God. Not that the narcissist is not god but don’t go telling him or her that unless you don’t mind lightening bolts singeing the top of your head.
“So when the exterior is uncomfortable,
it points to the internal dis-ease and discomfort.”
When it comes to tolerating my own discontent, I dig my heels into truth and pay attention to what I’m telling myself. It’s uncomfortable to have contradictory ideas in my head at the same time; such as: I’m a good person but something very bad happened anyway. The conflict between beliefs about good folks and the terrible things that happen to good folks, makes people uncertain (which is uncomfortable) since nobody wants to be in my shoes if they can help it. So they manufacture a little content and reduce their dissonance. Which feels better of course and helps everyone sleep better at night. I should know. Cognitive dissonance was an old bed-buddy of mine.
When the narcissist’s behavior conflicted with our perceptions, we reduced discomfort by dimissing contradictory evidence. We didn't even realize what we were doing to ourselves. I’ve had to shake myself a time or two in order to keep my head straight, so I am sensitive to people’s reaction to me as a Nice Person in a very un-nice situation. People’s blissful illusions are always threatened by Rule Breakers.
"Cognitive dissonance is the mental conflict that people experience
hen they are presented with evidence
that their beliefs or assumptions are wrong."
How does a nice woman end up being a Midlife Rule breaker? She lived the Golden Rule and did not get treated the way she treated others. This is disconcerting to people’s beliefs that they will be treated fairly if they treat other people fairly. They don't know how to reconcile two opposing ideas and unconsciously defend themselves against a truth threatening to obliterate their contentment zone
.
How do we stop Manufacturing Content?
1-Be AWARE that everyone is prone towards self-justification in order to protect their beliefs.
2-ACCEPT dissonance reduction as an automatic response to discontent. Psychologists suggest it is an unconscious drive like hunger and thirst.
3-LISTEN carefully to people’s disagreements contradicting your absolutely-certain-perceptions. Hummm...like people saying he's not a nice guy and you won't listen.
4-If you're CONVINCING yourself that the relationship is worth it, it's probably not.
5-ADMIT you made a mistake before your brain starts Manufacturing Content. Might as well be uncomfortable sooner rather than later.
And how does a gracious woman reply to her nephews attempting to make everyone feel better, including their Aunt?
She accepts their validation, concern and kindness and tenderly thanks them for seeing who she really is: a competent woman who can pick herself up, dust herself off and be the good person they always knew her to be.
Hugs,
CZBZ