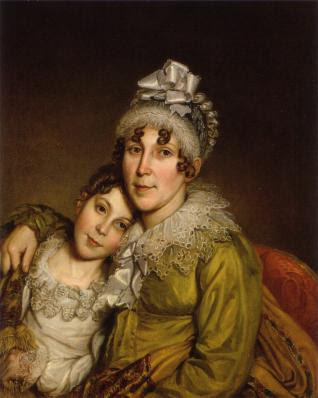 "One of the very few reasons I had any respect for my mother when I was thirteen was because she would reach into the sink with her bare hands---bare hands---and pick up that lethal gunk and drop it into the garbage. To top that, I saw her reach into the wet garbage bag and fish around in there looking for a lost teaspoon. Bare hands, a kind of mad courage." ~Robert Fulghum

Bare hands. Raw courage. Bad hats. A mother's love is manifest by her willingness to do the icky stuff. Like scrounging garbage bags for a silver teaspoon she's sure is in there somewhere. I had hoped to find a giant soup ladle with engraved initials on the handle, not the plain teaspoon a girl could risk losing at a picnic; but I'm grateful there was still something worthy of rescue in the mess-of-a-life called mine. When a husband devalues and discards everything deemed to be meaningful, a woman had best prioritize barehanded-digging even if she had other plans for the day---or years, as the case may be.

Some of us have much bigger trash heaps to dig through than others.

This year, Mother’s Day is fraught with conflicting emotions. I’m guessing this is similar for other women who suffered the willful destruction of families we tried to keep together. At some point in our relationship (albeit unconscious), our partnership became less about fulfilling our selves and more about raising children. I believe this essential sacrifice of personal narcissism is a healthy transition because when we prioritize our kids, we end up fulfilling ourselves.

Grandma called it Growing Up Together; but unfortunately, not every partnership matures in tandem. If happy marriages and healthy parenting were certainties, this blog wouldn't exist. I’d be in bed, eating pancakes assembled on a platter by a grudging husband who cleaned the kitchen afterwards 'cuz the kids were done being nice for the year. So instead of licking Mrs. Butterworth's syrup off my fingers this morning, I'm using those fingers to type a little peace into women's lives.

To all grieving mothers suffering pangs of guilt for what you could not have done differently or you would have, I send my love to you for doing the best you could.

For being willing to try

For being hopeful and forgiving

For every woman facing Mother’s Day with a sorrowful heart, be kind to your self. Have compassion for yourself. You are making a difference in your children’s lives by refusing to blame yourself for being imperfect, fallible and human.

For those who tried to do the impossible and change the narcissistic relatioNship, take comfort in knowing you fixed everything you could before giving up and saying, “I’m sorry, kids. This is one situation even Mama can’t fix.” Learning to let go of the outcome by letting go of a partner is more difficult than most people can understand...unless they've been through it themselves. I share the burden of your suffering releasing social judgments and impossible expectations restricting your self-worth and self-acceptance. There's no one way to be a perfect mother; but there are a million ways to be a good enough one.

As a good enough and ordinary Mom, I never made a big deal out of Mother's Day. I didn't expect my kids to sit sidesaddle on camels, riding into my bedroom bearing frankincense and myrrh. What I expected is what I ended up with: a huge bottle of eau de toilet de violet they considered special since the label was written in French. Neither my son nor my daughter were ever wise to the fact they had gifted Mama with Violet Toilet Water. (Pretty smart of KMart to avoid subtitles in the perfume department, too.) And despite my young age when they were children, I was pretty wise to tell them the Lagerfeld scent they loved smelling on Mom, had come straight from the bottle they had given me on Mother's Day.