You're so hard to talk TO! 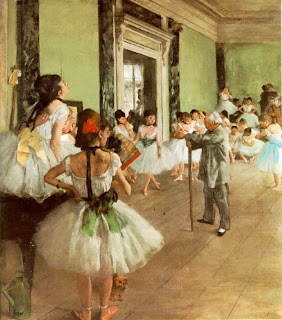 "Cognitive dissonance is a psychological term describing the uncomfortable tension that may result from having two conflicting thoughts at the same time, or from engaging in behavior that conflicts with one's beliefs."

I’d like to write about my old friend, Cognitive Dissonance. A recent experience forced me to ask who was more accurate: my self-perception after years of living with myself---or the perceptions of know-it-all narcissists.

Passive-aggressive narcissists worthy of their stealthy name, loathe being caught bossing folks around. They detest the spotlight because their egos can’t afford to make mistakes. They manipulate other people’s tour en l’air since they’d never be so courageous as to try the move themselves. If we fall on our butts, they observe our thud from behind closed curtains, otherwise known as ego defenses.

The next conversation (re: LECTURE) will go like this, “I tried to tell you, but you wouldn’t listen. You never listen. You’re impossible to talk to!”

Maybe they never noticed: talking takes two. Dance instructions take one: the choreographer with a stick and the object in a tutu taking leçons from her master. The object in this case, is YOU. Bet ya didn’t know you could pirouette on command, did ya?

Being told something about myself that didn't fit my perceptions took me by surprise. People were always willing to talk with me---even strangers in produce aisles. My brain took a brief intermission from reality in order to readjust itself when I was told:

Now let’s compare that statement with an alternative appraisal of my communication skills:

The truth about my conversational proficiency is in the selection of prepositions: to versus with. What I’m really being told is that my ability to pas de bourrée on cue, is unpredictable and lousy. I’m not a compliant ballerina if a manipulator intends to choreograph my life for me. Which is why narcissists make judgmental statements like, “That CZ, she’s so hard to talk to.”

Talking with was never their goal, though. Most of us never noticed we were being talked to like objects because we assumed we were talking with a peer.

Dishonest conversation happens all the time in passive-aggressive relationships. We’re never the wiser ‘til narcissists give up pretending their interest lies in building a relationship. As many people reading this blog can attest, our resistance to subversive control makes narcissists very angry. Uber-angry. We were supposed to dance en pointe, dammit and now we’re prancing across the stage in combat boots unbefitting an object of their projection.

What disobedient ballerina-things we are. We’re so damn hard to talk to.

Pay attention though. When the relationship is threatened with disagreements, narcissists find alternative listeners. Why? Because our past conversations, intimate though we may have thought them to be, were never about mutual relationship. Which is why hoping for compromise or reconciliation is pointless. Talking was and is all about securing receptive objects performing as the N suggests without ever wising up to the manipulation.

If narcissists calculate their invested energy as not meeting expected rewards, they’ll vanish without recourse or chance of rebuttal. Though Narcissists never leave without getting in at least one last word. This is typically a scathing reprimand something or other like this:

“Before I go, you’re gonna get a real talking to!”

Note: the narcissist does not say, “You’re gonna get a real talking with.” Which would of course imply reciprocal respect, mutual compromise and commitment to a valued relationship. The only valued conversation narcissists have with any object worth their time, is dependent upon maintenance of superiority.

If narcissists become frustrated with our lethargic double pliés, they'll reject us as disobedient students without any intention of wasting more time in pointless conversations. We’re no longer reliable, you see. We can’t be trusted. We might keep doing what we’ve been doing: thinking and acting for ourselves.

If you're being told your relationship ended because you were hard to talk to, consider it a compliment. You have a good sense of self. You’re resistant to N-filtration. You've moved away from the Narcissist and towards your own self which is a move in the right direction. Like another statement I heard only a few years ago:

“That wife of mine…she’s so hard to talk to.”

Well, pas de bourrée couru for me. Let those narcissistic instructors take a brisé volé off the nearest cliff. I’ll dance my own dance and if I fall on my derrière while doing arabesques in Doc Martins, I'll give myself a hug, stand up, and try again. One thing I won't do is take off the sturdy boots and wrap my feet in toe-padded slippers.