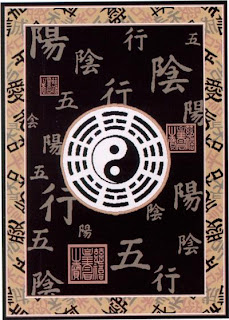 Many of us have been learning about What Makes a Narcissist Tick, but we’re also learning What Makes Us Tick. We may discover that underneath relational conflict was an inherent desire for symmetry, fairness, and equality, in essence: peace & harmony. If we’re peacekeepers who value symmetry, we must pay attention to people do not have similar intentions or values as ourselves. We get ourselves in trouble when we're unaware that some relationships are based on power---not equality and fair exchange.

One of the first psychologists teaching me about asymmetrical relationships was Patricia Evans in her book, Verbal Abuse. She defined two relational styles as Power Over versus Mutual Reciprocity. She alerted me to the fact that not everyone views life through a lens of reciprocity. Some people feel superior to others; others perceive themselves to be victims--relational positions sustained by power differentials. If we know we’re the type of person who takes responsibility for our mistakes, we can better manage automatic reactions to those who are quick to blame others, hopefully avoiding an asymmetrical power-based relationship.

Beware of blamers: people who refuse to take responsibility for their mistakes; who automatically assume the fault is yours because it could never be theirs; who are innocent until proven guilty while you are guilty ‘til proven innocent. Blamers are not peacekeepers. And peace must be the intention of both people in order to build trust and good will. If you’re a person who keeps the peace (at all costs to your dignity sometimes!), you may be prone to accepting guilt that isn’t yours to process. Taking on other people's responsibility may help you avoid uncomfortable confrontations, but it isn’t truth. It isn’t justice. It isn’t symmetry.

Be conscious of your intentions. Get to know yourself. The minute you’re being blamed for something outside your control, notice how the relationship has shifted from ‘peers’ to an unequal relationship. In an effort to restore balance and peace, we might become TOO apologetic, TOO at fault, or TOO remorseful. It’s as if we’re attempting to make up for the deficit when the other person doesn’t take responsibility for themselves.