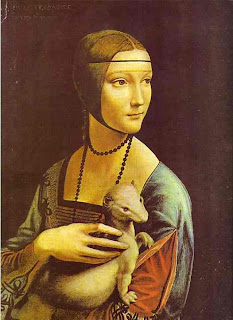 "If at first you don't succed, try, try again."
"Corrective disillusionments involve experiences that are incompatible with and challenge the previous grandiose self-experience, bringing the view of self into greater congruence with actual talents, abilities and status." ~Elsa Ronningstam, 147

Everyone has ego defenses, which makes it useful to understand the distinctions between healthy vs. unhealthy reactions to life challenges. Life challenges being a gentle way to define personal screw-ups. Failure corrects illusions with a more realistic appraisal of our abilities and opportunities. If we are healthily narcissistic, we’ll tolerate the requisite humbling as an opportunity to transform unrealistic expectations. This is usually not an enjoyable experience, especially if our hopes and dreams are at stake.

A stable self-esteem (healthy narcissism) increases emotional resiliency and maintains ego integrity during life challenges. On the other hand, narcissists are defined as having unstable self-esteem, which means they are limited in their ability to cope with screw-ups. Narcissistic defenses ward against perceived slights and criticisms, feelings of shame and self-doubt, perceptions of inferiority and insufficiency---further erosion of an unstable self-esteem.

Everyone bumps up against reality if they have an inflated sense of self-importance. When our fantasies crash, self-delusion either yields to reality---or increases in pathology. Maintenance of the fantasy allows narcissists to ‘escape reality' and the lies they tell themselves become far more important than the truth.

Centered in the Self or Self-Centered?

One of the most interesting experiences in my life was a four-year period in a Laboratory of Narcissistic Observations: the art studio.

I had relegated artistic passions to the back burner while mothering two unruly children and a workaholic husband. As soon as everyone could wash their own laundry and warm burritos in the microwave, I abandoned my comfort zone for an art studio to master the Potter’s Wheel. Yea, I was inspired by the movie Ghost but centering clay on a wheel had always been a dream. I’ll admit to romantic notions about my soul mate tucked tightly behind me, two beings channeling universal love energy by locking our intertwined fingers and spinning eternal circles of unconditional love into spiritual oneness, captured in the sensual form of...a coffee mug.

Six weeks later, I lifted my clunky mug off the wheel and carried it to the shelf where other clumsy object d’art awaited firing in the kiln. My mug didn’t look too bad compared to other first-semester students. But it looked pathetic next to a paper-thin bowl spun by a woman who had been practicing for years. Maybe it was my genetic arrogance or self-delusion, but I set my goal on spinning paper-thin bowls and carving my name on the sides, just like she did. And it happened.

Three dimensional sculpture then captured my interest. I was innately good at it, too. Or so my professor told me. He encouraged me to enter a competition even though it was obvious my work wasn’t perfect.

That spring, my first goddess was delivered to a gallery where the curator juried entries for the show. Yea, you guessed it. My goddess was rejected. Refused entry. Relegated to a forlorn space in the gallery where artists disguised in trench coats and sunglasses sneaked through the foyer to fetch sculptures before the cleanup crew trashed them in a hefty bag.

When one of my fellow artists was awarded first place for his skinny creation with hideously stretched limbs and boobs the size of chickpeas on a stick, ego got the better of me. It took three days to sooth my bruised feelings before returning to the studio with any hope of maintaining my integrity. The last thing I wanted was to be was a poor loser so in the interim, I trimmed roses, mopped floors and baked bread while my inner critic and inner cheerleader debated whether or not I should call myself an artist. The cheerleader won, as she usually does; but the Critic was a formidable opponent.

It took three days to liberate myself from the grip of bitterness but eventually I realized how lucky it was to lose from the get-go. At this point, there was nothing to fear since the worst thing that could happen, already did. Released from fear of failure, I determined to do better the next year. Expecting my peers to have worked through their bruised egos too, it was surprising to hear snide comments whispered in huddled cliques.

“Can you believe he was awarded first prize? His work sucks!”

“He must be the curator’s nephew or something!”

“That judge is definitely on crack!”

The one guy, who remained aloof from the gossiping, came over to chat with me. I bit my tongue and held myself in check. I asked him how he felt about losing.

“I never tried to win,” he smiled. “I know my work’s brilliant. That’s all that matters to me.” I ruminated on his lofty self-delusion because if winning hadn’t been important to him, why’d he enter the competition in the first place? Seemed like a huge bunch of bother if someone wasn’t interested winning. I suppose self-deception is not exclusive to the narcissistic pathology.

“If at first you don’t succeed, act as if you never tried.”

I noticed some of the guys were not afraid to be openly aggressive. They bantered back and forth with the winner, asking him whether or not he had been sleeping with the curator. Maybe this was their way to work through ambivalent feelings without apologizing to the winner for having wished him a fiery death. They managed to bridge the division between losers and winners by teasing each other in a direct confrontation softened by banter. I’m guessing this might also be a healthy way to deal with bruised egos.

The reason I’m writing about this experience is because everyone had a strong reaction to rejection, criticism and negative feedback about their work. But there was only one person who might be categorized as pathological. Fact is most of us respected the winner for his accomplishment…well…eventually. Most of us focused on what ‘we’ could do better. While everyone initially blamed the curator, the professor, the clay they used or the way someone fired the kiln, they eventually settled into holding themselves accountable and accepting their loss as painful, though not an attack on their self-worth.

In the end, the winner ended up being a fairly decent guy whose confidence then propelled him to offer feedback to the rest of us. I listened to what he had to say, but didn’t take his advice to change my fat-legged goddesses into long-limbed creatures of his wishful imagination.

But there was one guy I’ll never forget because his reaction was curiously hostile and sneakily underhanded. Knowing about narcissism now, I’d peg him as one. He had had months to release himself from seething envy but he never admitted to being jealous for even one second. In fact, he insisted there wasn’t a jealous bone in his body and envious was something he was not. I watched as his aggression increased and though I didn’t know what a narcissist was---I knew a jerk when I saw one.

What this arrogant jerk did in retaliation to rejection was to create clay bombs. He intentionally kneaded air into his heavy sculptures so they would blow up in the kiln as the temperature rose. Sure, he was delighted if he destroyed the winner’s pieces, but he didn’t really care whose creation it was. He was satisfied blowing up anyone's work unfortunately placed next to his in the kiln. Can you beat that for being an azzhole?? Sadistic satisfaction in the destruction of other people’s creations!


“Good qualities in other people evoke a sense of humiliation and inferiority and feelings of envy are warded off by devaluing or avoiding such people or by trying to destroy whatever good comes from them in order to protect self-esteem and maintain superiority.” Elsa Ronningstam, page 74

He was always obnoxious but in a covert sort-of-way. Not like the handsome narc standing on top of the tables shouting, “I’m King of the Potters!” which was kinda true since his work was exceptionally beautiful and so was his face but that’s another story having more to do with a midlife woman and her raging hormones. Declaring himself King might have been stretching the truth a tad, but everyone knew he didn’t believe it. He was just excited when his platter came out of the kiln in one piece.

This other guy, though? The one with passive-aggressive hostility bordering on the pathological? He would never be so obvious as to stand on tables shouting, “I’m the King!” Why not? Because he likely figured all us lesser beings already knew it, like he did.