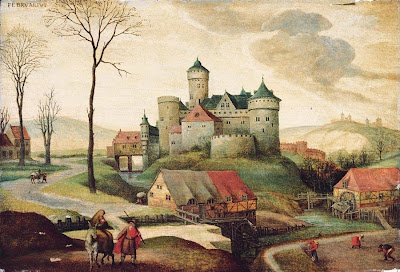 "In many organizations, when people perceive a difference with another they often do not fully express themselves. Indeed, silencing conflict is a persistent phenomenon. Organizations often develop cultures of silence based on shared assumptions that it is inappropriate to bring up one's differences." ~Link
“We know ourselves as separate only insofar as we live in connection with others, and...we experience relationship only insofar as we differentiate other from self.” ~Carol Gilligan

I’ve been pondering the distinction between Groups and Communities ever since reading Stormchild’s messages on her blog, GaleWarnings. Because I’m a people-person and have participated in numerous groups and communities, some of the distinctions are becoming clearer. I’ve fallen into GroupThink like most folks do; I’ve struggled asserting my individuality; I’ve feared rejection---especially by those who viewed me as threatening. Threatening to what? There are lots of reasons why people view difference as a direct challenge to their authority if someone counters their opinions, questions their perceptions, and (to use a big word) lives by an alternative Weltanschauung.

A group is comprised of people with similar interests, including similar problems. Resolution of individual problems will be an evolving process as people discover solutions that work and then contribute their suggestions to the group. The greater number of people benefiting from similar action, the more easily it is to falsely assume there’s a right way; which means of course, anyone who questions GroupThink is ‘wrong’.

“The task we must set for ourselves is not to feel secure, but to be able to tolerate insecurity.” ~Erich Fromm

After being isolated in a N-relationship, we are looking for answers when we reconnect with a group. Helplessly floundering in uncertainty is the foundation to unhealthy alliances with Keepers of the Keys to safety and refuge. People stop grappling with complex issues if the Keeper has easy answers. I don’t figure people in groups maliciously intend for GroupThink to usurp individual responsibility, but it happens over time. Making concerted efforts to be inclusive rather than exclusive is a difficult process, but it protects us from becoming too comfortable with self-deceptive arrogance. It’s easier to assume the way we’re doing things is right when everyone mirrors our perceptions.

The more uncertain we may be, the more we need people to mirror certainty for us.

A group might also be a safer connection in the beginning because people are not as emotionally connected nor morally responsible for their impact on one another. We can participate in a group as individuals and meet our needs without fostering intimate connections.

So a Group might be defined by a specific orientation to a problem with collective experience building on itself as answers to the problem and thus, accomplishing a specific task. This is how I would describe my participation in Alanon when answers to complex issues were summed up in simple clichés. While there is truth in every cliché, nothing is ever so simple as, “Those aren’t my leaves, CZ. You can blow ‘em over to my side of the street if you want. But those aren’t my leaves.”

Actually, I never thought of my Alanon group as a community. Maybe that’s because nobody wanted to take care of my leaves.

A community is inclusive, which means caring about one another and accepting our inevitable differences. I compare community to a neighborhood because diversity is unavoidable. Because our houses are in close proximity to one another, we might consider ourselves to be a group. The street sign signifies our location as a group. The architectural style of our homes is another similarity of our group. The level of income is similar; the age of the people in the homes is similar. We are a group of homes on Oak Street with typical composition roofs, three bedrooms and ¼ acre of lawn. Neighborhood is the name of our collective group.

We’ve got our neighbors on the left who compassionately clean up our leaves when we’re busy. And neighbors on the right who act like jerks if autumn leaves drift over their property line. How do we get along when every household on the block is forced to deal with trash trees the city planted in the first place?

A neighborhood becomes a ‘community’ when people commit to one another as friends and associates. We make an emotional investment in our neighbors and organize get-togethers and street parties. We take casseroles to our neighbor’s homes when they’re sick and we celebrate one another’s birthday. This is what it means to be a community and it’s very different from a group of houses called a neighborhood.

Some people are naturally more attuned towards ‘community’ while other folks prefer to keep their distance. We throw the finest block party in town and yet, those who are not interested in joining, will not attend. The rest of us sigh, ‘Oh, it’s too bad they weren’t able to be here! We’re having so much fun!”

Well....‘fun’ for people who are stable enough to risk rejection, but not so fun for those who prefer keeping their distance. Can’t say as I blame them really---whenever a neighborhood becomes a community, inevitable disputes and problems arise. Lucky for most neighborhoods though, there’s always at least one peacemaker on every block.

I see it the same way with message boards though it’s far more difficult to connect to a screen name than the engraved name on somebody’s mailbox. Despite anonymity, an online community provides an opportunity to accept people’s differences and be accepted by them in return. We create emotional ‘ties’ which again, is far more complicated in cyberspace because we are unable to see people’s eyes, smiles, demeanor, how they look when we’re talking and when they might be bored so we know it’s time to shuddup.

A Leader versus A Facilitator

A group usually has one person who is deemed to be the leader. They may have academic credentials or they may substantiate their authority with valuable life-experience. People join groups based on commonality; i.e.: learning about narcissism or child abuse, or how to shingle a Craftsman home, etc. The more vulnerable we feel when we begin looking outside ourselves for help, the less likely we’ll be to participate in a community. Hanging back & lurking is a safe way to reintegrate ourselves with others, to learn from their experiences while protecting our vulnerable selves from unwarranted criticism, judgment or even attack.

A community has several leaders but everyone relates on a peer-to-peer basis. I consider this ‘leveling’. However, the organizing principle for the community is the organizer who facilitates communion. She is as self-disclosing as others, therein putting herself at risk like everyone else while also exhibiting mutual trust. There is no hierarchical construction of authority though she must make decisions and choices. She distinguishes herself as an individual while connecting to the community as a whole.

Mediator-type facilitators might be considered Peace Makers but not in the pejorative sense of the term. They respect people’s choices, but do not ask the group to deny the reality of conflict. Resolution and compromise is more important than obediance, silencing and order.

When we’re first healing from the power based N-relationship, we might assert our opinions a little too strongly. We experience triggers; we are subject to erroneous interpretations of people’s intentions; we personalize everything; our necessary defenses distort reality; we fear being alienated from the community and reexperiencing rejection. As a result, we limit the expansion of community by keeping our differences to ourselves. If we fear an arbitrary leader will disapprove, we’ll unconsciously replicate the role we played in the N-relationship. This is self-defeating. This is being a people-pleaser rather than changing past behavior. We may have left the narcissist behind but all we’ve done is change the stage props.

Creating community is difficult at best but making an effort to do so in cyberspace is an exercise in faith and courage. I don’t know of any community in cyberspace that has leapt the hurdle of anonymity without occasional disruptions. Sometimes this is the result of miscommunication (though we get better at expressing ourselves if we continue writing), or it may be intentional harm. We call those intentional folks the ‘shit-stirrers’ and unfortunately, every neighborhood has one or two or three. The advantage of dealing with an online shite-stirrer is that members learn how to manage their reactions, and thus, improve their face-to-face relationships.

So while I’d prefer to have really, really cool Mr. Roger’s neighbors who were committed to building a safe community, it’s idealistic to assume any online community can eradicate troublemakers and relational disputes.

In determining whether or not a group process or an online community is right for us, we can stand back, observe, and ask ourselves these questions: Is the group learning? Are they gaining new coping skills? Are they changing? Can we see their Growth as individuals and as a community? We can also observe:

After writing this message, my adult daughter sauntered into the kitchen and I asked her, “Hey, what do you think the difference is between a community and a group?” She replied, “Ah geeez, Mom. You pick your group but you’re stuck with your community!”

Hahaha…that’s another reason why community might be a reliable way to nip our narcissism in the bud. But then again, as the X-wife of a narcissist, I’m prone towards community involvement because I trust folks to be trying as hard as myself. A kid who grew up with a narc for a father is probably reluctant to trust anyone---especially an anonymous community.

Hugs to all,
CZBZ