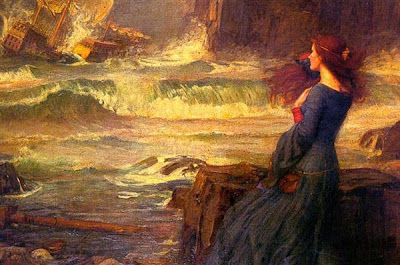 
"The restoration of social bonds begins with the discovery that one is not alone. Nowhere is this experience more immediate, powerful, or convincing than in a group." ~Judith Lewis Herman
As a precedent to writing about Internet support groups, I have posted a few excerpts from Dr. Judith Herman's writings on Trauma & Recovery. Her book reaffirmed my experience with group support. We need to be accepted by others; we need to be validated and we need to be heard.

Sharing one another's burdens is our moral responsibility. We are making a choice to bear witness to other people's pain. Bearing witness is not for the cowardly, especially in 2008 when victims are ridiculed and demeaned as whiners. (ggggrrrrrrrrr) In my perspective, ridiculing a traumatized victim IS taking the side of the perpetrator.

"...the perpetrator does everything in his power to promote forgetting."

As human beings, we are prone to unconscious repression of traumas that threaten our assumptions about justice, safety, self-efficacy and purpose. As conscientious people, we can encourage one another to speak the terrible truths victims cannot bear in isolation; as a society, we can refuse to forget or diminish abuse...especially atrocities that are committed in the name of love.

I hope everyone finds solace and comfort in Herman's insightful writing about the impact of trauma and how we can support one another's journey from isolation to reconnection and recovery.

In order to escape accountability for his crimes, the perpetrator does everything in his power to promote forgetting. Secrecy and silence are the perpetrator's first line of defense. If secrecy fails, the perpetrator attacks the credibility of his victim. If he cannot silence her absolutely, he tries to make sure that no one listens. To this end, he marshals an impressive array of arguments, from the most blatant denial to the most sophisticated and elegant rationalization. After every atrocity one can expect to hear the same predictable apologies: it never happened; the victim lies; the victim exaggerates; the victim brought it on herself; and in any case it is time to forget the past and move on. The more powerful the perpetrator, the greater is his prerogative to name and define reality, and the more completely his arguments prevail.

The perpetrator's arguments prove irresistible when the bystander faces them in isolation. Without a supportive social environment, the bystander usually succumbs to the temptation to look the other way. This is true even when the victim is an idealized and valued member of society. Soldiers in every war, even those who have been regarded as heroes, complain bitterly that no one wants to know the real truth about war. When the victim is already devalued (a woman, a child), she may find that the most traumatic events in her life take place outside the realm of socially validated reality. Her experience becomes unspeakable. . .

The following passages were excerpted from Chapter 11, Trauma and Recovery by Judith Lewis Herman, M.D.

"Traumatic events destroy the sustaining bonds between individual and community. Those who have survived learn that their sense of self, of worth, of humanity, depends upon a feeling of connection with others. The solidarity of a group provides the strongest protection against terror and despair, and the strongest antidote to traumatic experience. Trauma isolates; the group re-creates a sense of belonging. Trauma shames and stigmatizes; the group bears witness and affirms. Trauma degrades the victim; the group exalts her. Trauma dehumanizes the victim; the group restores her humanity.

Repeatedly in the testimony of survivors there comes a moment when a sense of connection is restored by another person’s unaffected display of generosity. Something in herself that the victim believes to be irretrievably destroyed---faith, decency, courage---is reawakened by an example of common altruism. Mirrored in the actions of others, the survivor recognizes and reclaims a lost part of herself. At that moment, the survivor begins to rejoin the human commonality...

While in principle groups for survivors are a good idea, in practice it soon becomes apparent that to organize a successful group is no simple matter. Groups that start out with hope and promise can dissolve acrimoniously, causing pain and disappointment to all involved. The destructive potential of groups is equal to their therapeutic promise. The role of the group leader carries with it a risk of the irresponsible exercise of authority.

Conflicts that erupt among group members can all too easily re-create the dynamics of the traumatic event, with group members assuming the roles of perpetrator, accomplice, bystander, victim, and rescuer. Such conflicts can be hurtful to individual participants and can lead to the group’s demise. In order to be successful, a group must have a clear and focused understanding of its therapeutic task and a structure that protects all participants adequately against the dangers of traumatic reenactment. Though groups may vary widely in composition and structure, these basic conditions must be fulfilled without exception.

Commonality with other people carries with it all the meanings of the word common. It means belonging to a society, having a public role, being part of that which is universal. It means having a feeling of familiarity, of being known, of communion. It means taking part in the customary, the commonplace, the ordinary, and the everyday. It also carries with it a feeling of smallness, or insignificance, a sense that one’s own troubles are ‘as a drop of rain in the sea.’ The survivor who has achieved commonality with others can rest from her labors. Her recovery is accomplished; all that remains before her is her life.” ~Judith Lewis Herman