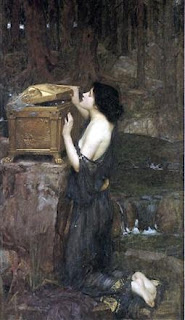 "Any situation in which some [people] prevent others from engaging in the process of inquiry is one of violence; to alienate humans from their own decision-making is to change them into objects." ~Paulo Freire, Pedagogy of the Oppressed

"Intelligence is the ability to respond successfully to new situations and the capacity to learn from one's past experiences...Intelligence depends on the context, the tasks, and the demands that life presents to us and not on an IQ score, a college degree, or a prestigious reputation." ~Thomas Armstrong
The X-Y-Z Files: Opening the psyche files to the average Joe-Jo
X-pect yourself to be smart enough, capable enough and good-hearted enough to improve the quality of your relationships
You-tilise psychological information to build a healthier relationship with yourself and thus, with others
Z-ero in on the constitution of mental health. Make reasonable choices about intimacy with people who may not be willing or capable of reciprocal good will, commitment and mutual responsibility
The most common criticism of public access to professional literature is that the majority of people lack psychological training and ought not be diagnosing personality disorders. That’s true; however, the Internet has opened the Psyche Files offering unparalleled learning about human behaviors, emotional intelligence and cognitive processing. The average person can educate themselves with research articles formerly limited to professionals; we also become healthier people by communicating directly with those who have experienced similar frustrations with a narcissistic relationship.
Because we are learning as fast as we can, average Joe-Jo’s are accused of enthroning themselves as Armchair Psychologists. This label diminishes our human experience, exacerbates self-doubt, and demeans our inherent intelligence. Professional arrogance asserts that the only people qualified to diagnose pathological narcissism are those with academic backgrounds. To be sure, some of us make mistakes discerning complex distinctions between ‘narcissistic traits’ and a ‘narcissistic personality disorder'; but I daresay the inaccurate diagnosis by a professional does far more damage than an inaccurate diagnosis by the layperson.

The purpose of an official diagnosis is to clarify how best a psychologist might help a client. An official diagnosis serves as the clinician's template who then facilitates effective treatment. How effective the treatment may be is likely determined by the client’s degree of pathology. As most of us have discovered (and this has been corroborated by psychologists) people with personality disorders are not inclined to view their behavior as dysfunctional. People with personality disorders rarely seek professional counsel and infrequently submit to official diagnoses. This creates a serious problem if the keepers of psyche kingdom’s keys, limit accumulated knowledge from those of us who are willing to make essential changes in our lives.

Because of my deep appreciation for academic research, I naturally defer to accredited psychologists. I respect those who have dedicated their time to post-graduate studies and have invested their lives in experiential research. But I don’t diminish people’s diligent efforts to grapple with complicated literature because my intent (and the intent of most people online) is: to change the unhealthy dynamics of a narcissistic relationship; to determine whether continuation of that relationship is a reasonable choice; to facilitate healing for themselves and for their families.
I believe access to information about mental health will exponentially improve everyone's lives. I also believe that as a society, we bear a moral responsibility to protect each person's safety from harm and their freedom from injustice. After all, G.K Chesterton reminds us, “We are all in the same boat, in a story sea, and we owe each other a terrible loyalty."
So why does the average Joe-Jo need to know “No” when it comes to unhealthy narcissism?
“Otto Kernberg has described three levels of narcissistic impairment. At the top are those who are talented or gifted enough to attract all the admiration and attention that they want; these people may never enter therapy because they don't feel the need.

On the second level are those who function satisfactorily in their jobs but seek professional help because they cannot form healthy relationships or because they feel generally bored and aimless.

Narcissists on the lowest level have frequently been diagnosed with another mental disorder and/or have gotten into trouble with the law. They often have severe difficulties with anxiety and with controlling their impulses.” ~Article Link
Because it is considered normal for people to project their inner state of being onto others, we make the faulty assumption that everyone operates on a reciprocal basis of good will. Many of us are unaware someone has a mental disorder limiting the natural progression of mutual relationship. We will not spot the high-functioning narcissist as easily as someone with obvious deficits, what psychologists call a ‘low-functioning’ or severe personality disorder.
Severe: Low Functioning
There are high-functioning people with personality disorders and there are people with personality disorders, deemed to be low functioning. A person with a severe personality disorder; i.e.: low functioning, is easier to spot as being mentally unhealthy. They are impulsive, reckless, other-and-self-destructive, emotionally unstable; they are subject to distorted thinking and might be involved in criminal behavior. Because they are also subject to what psychologists call ‘splitting’, we will likely be alerted they are not normal when their irrational reactions defy reality. The pathological liar may be an aspect of a low-functioning personality disorder because he or she cannot control the impulse to lie. We can much more easily catch a pathological liar than someone who maintains control over the impulse to lie and manipulates others to avoid negative consequences for their choices.
Mild: High functioning
At the other end of the continuum is someone with a mild personality disorder, what is deemed to be high functioning. High functioning narcissists are often viewed as being competent, charismatic, intelligent, self-reliant, the go-getters, the movers and shakers of our society. This includes of course, our friendly neighborhood grocer along with therapists, doctors, business managers and community spiritual leaders.
“Many high-functioning narcissists are well liked by casual acquaintances and business associates who never get close enough to notice the emptiness or anger underneath the polished surface…” ~Quote Link
Though a high functioning narcissist is not prone to splitting like the low functioning narcissist, they are subject to thought process disturbances and the use of grandiosity to mask shame, incompetence and failure. We may not realize someone has a narcissistic personality disorder until they have been confronted with personal failure.

Though none of us welcomes the maturation of childish arrogance, we accept ‘corrective life experience’ as a requisite humbling---an opportunity for personal growth. We mature narcissistic grandiosity in the reconstruction of a healthier self. In contrast, the high functioning narcissist resorts to increased grandiosity, refuses to accept limitations and abdicates personal responsibility for the harm inflicted on others.
Public ignorance about pathological narcissism impacts us individually and collectively as a society.
Why do we bother opening psyche dictionaries and wading through clinical jargon about narcissistic vulnerability, ego-syntonic behavior, emotional affect and self-regulation? We do this because it is our responsibility to understand others and ourselves. Most of the time, learning about narcissism is a last resort when all efforts to create healthy relationship have failed. We are hopeless, helpless, discouraged and self-doubting when we reach the end of our normal coping skills. The self-assured person changes into a despairing, despondent and depressed individual when he or she cannot make sense of their lives. If we cannot make sense of our lives, we cannot live effectively. Not only are our lives diminished by ignorance about narcissism, our children are powerless to cope with the narcissistic parent, incapable of validating their authenticity.
If we have children with someone we suspect has a personality disorder, we study narcissism in order to take responsibility for the changes only we can make as parents. As responsible Joe-Jo’s, we utilize psychological information for the construction of a healthier world than the one fragmented by public ignorance about personality disorders and mental illness. The greatest legacy online psychological information offers the general public is that healthy, ordinary people begin living healthy, ordinary lives.
X-traordinary.
Resources