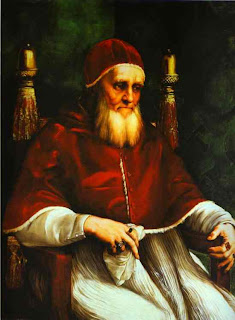 The 18th Century German philosopher, Emmanuel Kant, created a system comprised of three formulations determining moral action:
1-Act only according to that maxim whereby you can at the same time will that it should become a universal law.
2-Act in such a way that you treat humanity, whether in your own person or in the person of any other, always at the same time as an end and never merely as a means to an end.
3-Therefore, every rational being must so act as if he were through his maxim always a legislating member in the universal kingdom of ends.
A professor on YouTube explained Kant's philosophy well enough for me to almost understand it. So I wanted to share the link with those of you who might not be familiar with Emmanuel Kant's philosophy: Kant's Categorical Imperative. (click on colored text). This video is six minutes long and if you like the professor's teaching style, he has a few more YouTube videos about philosophers.

Then, from an excellent article titled A Study in Evil: Voldemort, the Malignant Narcissist, Maria Hsia Chang writes about Kant's Categorical Imperative:
"...Immanuel Kant proposed an ethical rule called the Categorical Imperative. Simply put, to be moral is to treat others as ends, not means. Immorality, therefore, is the adverse: using others as means toward one’s own end.
"In his disquistion on the principles of morals, philosopher David Hume also employed self-interest to differentiate between virtue and vice. For Hume, acting in one’s self-interest without harming others is non-moral or morally neutral, being neither vice nor virtue. To be considered moral, a motive or act must have the wellbeing of others in view, with a desire to benefit another. Hume concluded that a selfless act that benefits another is virtue, whereas a self-interested act that hurts another is vice. From Hume’s analytic distinction, we may define the ultimate virtue or goodness as a selfless act that not only benefits an undeserving other, but is injurious to oneself, that is, the virtuous act is self-sacrificing.
"Given the various meanings of “narcissism” -- as instinctive self-interest and as a psychological and character pathology--the word more profitably should be understood as referring to a continuum of self-love and self-image, ranging from a healthy love-of-self founded on a realistic self-conception, to an increasingly obsessive self-love rooted in a self-image that is more fantasy than real. At the extreme of the spectrum is a self-love that is grandiose in its self-regard and malevolent toward others." ~Maria Hsia Chang
When you've finished browsing the links, watching the professor's video lecture and reading philosopher's contemplative & complicated thoughts about the constitution of morality, you might find the following video particularly enlightening. I sure did. Made my headache disappear just as effectively as two Excedrin and a glass of...water.
Monty Python Link: The Philosopher's Song
P.S. Monty Python's live performance is a little bit raunchy but hey, a little bit of raunch kant be all bad, can it?
Hugs all,
CZBZ
Resources
Wikipedia. Categorical Imperative
http://en.wikipedia.org/wiki/Categorical_imperative
Chang, Maria Hsia. A Study in Evil: Voldemort, the Malignant Narcissist
http://www.mugglenet.com/editorials/editorials/edit-changm01.shtml
Posted by CZBZ at 8:32 PM