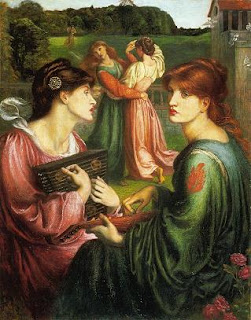 The following links connect readers to studies on moral judgment as reported by Science Daily.
I'm figuring most of us will make the connection as to why someone with shallow emotions (like the narcissist) is often considered to be Immoral. Immoral behavior like cheating on a marriage partner.
Not that I'm morally turpitudinous about infidelity or anything; but if we lack 'aversion' to making other folks feel bad, we might not restrict our behavior from harming other people.
I took several of the tests linked on YourMorals.org ( http://www.yourmorals.org )and wasn't too surprised with the results. They basically reflected what I've already figured out about myself. It was frustrating to think about the moral and ethical situations on their tests because selecting an answer left me with conflicting emotions. You may find the same thing happening to yourself!

Have a great Monday, everyone!
Good luck deciding whether or not it's Right to kill one person in order to save four.

Moral Judgment Fails Without Feelings
“What is absolutely astonishing about our results is how selective the deficit is," he said. "Damage to the frontal lobe leaves intact a suite of moral problem solving abilities, but damages judgments in which an aversive action is put into direct conflict with a strong utilitarian outcome."It is the feeling of aversion that normally blocks humans from harming each other. Damasio described it as "a combination of rejection of the act, but combined with the social emotion of compassion for that particular person."
http://www.sciencedaily.com/releases/2007/03/070321181940.htm

Morals Do Not Conquer All in Decision Making
“Is morally-motivated choice different from other kinds of decision making? Previous research has implied that the answer is yes, suggesting that certain sacred or protected values are resistant to real world tradeoffs. In fact, proposed tradeoffs between the sacred and the secular lead to moral outrage and an outright refusal to consider costs and benefits (e.g."You can't put a price on a human life").”
http://www.sciencedaily.com/releases/2007/01/070130184702.htm

Sleep Deprivation Affects Moral Judgment, study finds
“Research has shown that bad sleep can adversely affect a person's physical health and emotional well-being. However, the amount of sleep one gets can also influence his or her decision-making. A study published in the March 1st issue of the journal SLEEP finds that sleep deprivation impairs the ability to integrate emotion and cognition to guide moral judgments.”
http://www.sciencedaily.com/releases/2007/03/070301081831.htm

Diminished Sense of Moral Outrage Key to Holding View that World is Fair and Just, study shows
"People who see the world as essentially fair can just maintain this perception through a diminished sense of moral outrage, according to a study by researchers in New York University's Department of Psychology. The findings appear in the March issue of the journal Psychological Science, which is published by the Association for Psychological Science."
http://www.sciencedaily.com/releases/2007/02/070228123213.htm

Holier Than Thou? Employees Who Believe They are Ethical or Moral, Might Not Be
“Bad behavior seems rampant in business, and scholars are divided as to why people act ethically or unethically. Many have argued that ethical behavior is the result of simple judgments between right and wrong. Others suggest that the driving force behind ethical behavior is the individual's moral identity, or whether the individual thinks of him/herself as an ethical person.”
http://www.sciencedaily.com/releases/2007/10/071030120552.htm

NOTE: you can take a test @ http://www.yourmorals.org/ , to see whether or not your politics match up with Republicans or Democrats. Very interesting!

Revealing the Origins of Morality---Good and Evil, Liberal and Conservative
“How much money would it take to get you to stick a pin into your palm? How much to stick a pin into the palm of a child you don't know? How much to slap a friend in the face (with his or her permission) as part of a comedy skit? Well, what about slapping you father (with his permission) as part of a skit? How you answer questions such as these may reveal something about your morality, and even your politics--conservatives, for example, tend to care more about issues of hierarchy and respect, while liberals concentrate on caring and fairness.”
http://www.sciencedaily.com/releases/2007/05/070517142545.htm
Posted by CZBZ at 9:11 AM