For women especially: Girl at Mirror


This painting triggered a memory of myself at six years of age, peering into a mirror, struggling to see what kind of woman I'd become by the crotchety old age of.......f-i-f-t-y.

Fifty representing ancient wisdom crowned by white-in-a-bun hair and knee-high varicose vein stockings, even on a sultry summer day. It was not terrifying to imagine myself wrinkled and old because in my lucky, lucky life, Old Was Awesome.

Old meant being smart enough to read books without pictures, laughing at things kids didn't understand, liberation from parental duties, being loving and stern at the same time, and carrying a generous handbag large enough to stash provisions lasting a family of ten through Armageddon.

I looked forward to being an old woman.

Isn't that an astonishing thing to write considering our 21st century youth-worshipping society? Getting old in 2009, is judged to be a sin and a weakness...a failure to take social responsibility for sagging whatevers and get 'em fixed so other folks' puerile fantasies aren't shattered by reality.

For all the supposed dysfunction of the 1950's, I deeply miss the mentoring young girls received, guiding them into a gender-divided role in which she could achieve without male competition. I miss the security of knowing the direction we were headed and how to get there while also having wrinkled women guiding our self-development. We girls in my community, didn't dwell on The Self to the point of narcissistic obsession, or question The Meaning of Life, such as post-modernity demands. Post-modernity has ushered in so many options and various paths that instead of seeing a fork in the road ahead, a girl sees a multi-level overpass with eight-lane freeways stacked on top of each other like a Mousetrap Game.

Wanna be a man instead of a woman? Wanna be a woman instead of a man? Are you attracted to women or men or both and oh by the way, do you want kids 'cuz you don't have to be married to do that anymore---in fact, you don't even have to have sex to procreate---sex is for fun.

Life is much more complicated for today's children who can't grow into pre-ordained roles holding them steady during the blindness of youthful arrogance. They're required to ask themselves questions that didn't even enter my head, so certain was I that who I was and who I was meant to be was a nurturing, caring, and kind human being who bore children and loved them no matter what they did or didn't do. Funny how my mirror never conjured up the man who would be my husband. My biggest concern was not about imagining a man who would see me as worthy of his love. My concern was finding a woman who represented ideals I hoped to incorporate in my character by the time I was halfway home. (Halfway home meaning fifty. Considering my family members are centenarians.)

There was one particular woman whose face appeared in my circular mirror, transposing her image over my reflection. She was the wife of a church president who served in his role for decades. The prayer in my heart was to be just like her. To also become like my Aunt who is 97 years old and still dying her hair red-as-a-fire truck and donning glittering gowns to single Christian dances. Not that she's interested in marriage, really. She never did remarry after her husband died in his forties, leaving her with a string of children to raise on her own. Which she did without resentment or bitterness; or looking for a man who would save her from her fate. She didn't have much money but she certainly had respect. Still does. Lots of it.

Unbeknownst to me, these women would become even more important role models when I turned fifty---shoring up my resilience and self-worth when life did not turn out as expected.

Norman Rockwell's portrait and the memory of my yearning, inspired me to think about 'who' our young women might see when peering into their dressing mirrors. Do they see aged women who are comfortable with the impermanence of life? Women who are authentic and self-defined and loving despite social restrictions? Women who are doing their part to embody that which our young girls need to see? Self-worth. Self-love. Self-acceptance.

Or do they see women who place more value on taxidermizing physical attributes than permanizing spiritual characters? 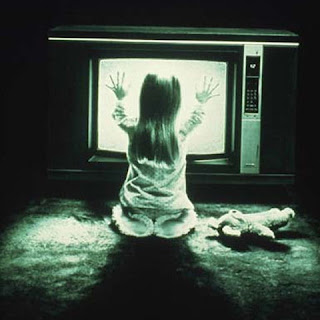 Maybe 21st century girls aren't inclined to spend hours in front of a dressing table, the likes of which we had in the 1950's with a round mirror and a velvet bench scooted near enough to count freckles on a daily basis. We didn't have McEntertainment back then. Not like today.

Maybe our girls are gazing in a glass that's only pretending to be a mirror: an electronic looking glass reflecting titillating lies, distorting her sense of reality with a parade of false images; offering multitudinous paths touted as personal freedom leading towards Destination Unhappiness. As heartbreaking as it is to admit, the role models materializing from our 21st Century looking glass are plastic celebrities flashing seductive smiles, who for at least as long as the interview lasts, model self-worth, self-love and self-acceptance.

It's not my intent to project blame exclusively on celebrities because there's at least one other influential culprit (amongst many): the lack of generative, Crone-ish women who delight in physical, emotional and spiritual maturation. The middle-aged woman who honors crow's feet and deepening creases as if they were natural bronze stars being awarded to her face.

Perhaps our daughter's celebrity worship intensifies when there's a dearth of crone-ish baby boomers cherishing moral values more than selfish pleasures. When there are too many middle-aged women foolishly racing down well-worn paths in the futile pursuit of wealth, beauty, power, permanence and status. If there are no alternatives gazing back at a curious child seeking an exemplar to follow, the lack of alternatives will direct her towards potentially dissatisfying, if not self-destructive lifestyles.

If you ever watched the move Poltergeist, pictured in the image above, you already know what happened when a small girl was drawn towards the white noise of the family TV. She got lost. Her frightened voice dwindled until nearly inaudible and the only person capable of piercing the broadcasted hiss of acoustical noise was her mother.

In truth, male or female, every adult has the ability to develop caretaking aspects of the archetypal, nurturing mother. When we do that, we recognize our social responsibility to model what it means to be fully human to our children: that all things are impermanent; that we are insignificantly significant; that we are interconnected within an historical process of liberation; that we each have the ability and the obligation, to make a healthy difference in one another's lives---however small that difference may be. These days, the 'difference' we can make might be as deceptively small as refusing to hate ourselves for getting older. That alone would be enough.

For women to gratefully accept becoming Crones is my wish today. That we as women, will become increasingly comfortable validating other women. That we will encourage individuation without rejection or hierarchical superiority; and that we teach respect, dignity and self-love by the manner in which we choose to live our lives.

The next time someone says, "Gee, you're looking old", please wrinkle-up your face with the broadest smile you can muster and say, "Thank you. That's the nicest thing anyone's ever told me!"

I hope your daughter is listening.