Ns & Ws: It's all about Narcissistic Supply 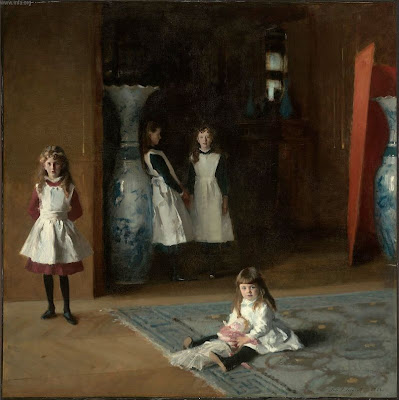 It was tough choosing a title for this essay about Ns and Ws (Needs versus Wants). Rather than make up my mind, here ya go. You can choose one of three options:

1- Ns and Ws: It's all about narcissistic supply

2- Why does the narcissist give in to children's WANTS and deny their NEEDS?

3- How come one parent buys socks and the narcissistic parent buys tickets to Disneyland?

The answer is easy. If you know about narcissists. Narcissists do things to get attention from others. They bend over backwards for adoration. They practically beg for validation. The kicker is that narcissists never get enough approval to satisfy an insatiable need for attention. Even bad attention serves as 'narcissistic supply' though most everyday narcs would prefer adoration if they could maintain their good guy image well enough. The point being that maintaining an image is a lot of work and pretending to be a Good Guy is exhausting. If the good guy image crumbles despite their pretenses, well, the narcissist will become a really, really bad guy instead. As long as people are talking about narcissists' notoriety, that's good enough to maintain a sense of self.

I can't explain the answer as to why narcissists give children what they WANT and deny their NEEDS without offering a definition of Narcissistic Supply, a term used by Otto Kernberg (see Resources) to describe how narcissist's regulate self-esteem by garnering externalized attention from others.

We, the externalized objects, serve as narcissistic supply by reassuring narcissists that they are loved, important, the center of our attention, adored, eulogized, deserving of approbation; that they, the narcissists who consider themselves the Center of the Universe, are on the tip of our tongues and at the top of our minds every second of our worthless existence. That we are such longlasting objects we could call ourselves Bosch mix-masters. Some mixers only last ten years, but some of us last like forever before we're finally worn-out.

I'm a tad sarcastic this morning...forgive me. Now and then i get pissed off about everything narcissists demand from others without a second of gratitude or appreciation on their part. Just entitlement and the sneer of their superiority over others.

An Example of Needs versus Wants

Here's how Needs versus Wants works in a typical narcissistic home like the one I gave my children. Lord help me. I knew not what I was doing:

Narcissists hate boredom. They resist responsibility. They dislike being taken for granted, or EXPECTED to live up to the parental role they use as a ruse for securing narcissistic supply from people who believe they are self-sacrificing for the good of their children. Narcissists lack tolerance for a parent's care-taking responsibilities, like knowing kids need protective clothing when it's -30 degrees outside.

When someone says, "Hey, dude. Your kids don't have woolen socks!" narcissists fear their image as the perfect parent is being threatened by their neglect. Their undeniable neglect triggers shame. Their shame triggers fear. Their fear triggers rage. They are worried that they might not be able run for PTA president if their image of parental perfection is tarnished by damnable needy kids.

One thing to remember is that narcissists react to shame like Superman to kryptonite. The big S on their chests begins to fade. So instead of correcting their negligence and self-centeredness, they project their shame onto the needy child who has faultlessly embarrassed the narcissistic parent with his or her holy socks. The narcissist's anger increases when the vulnerable child begins to cry, apologizing for wearing holes in her socks. The weeping child who deserves to be loved by parents who meet her needs without obliging her to recognize her needs. Children don't know what they need and they can't know what they really need until they're grown up. It is not the child's responsibility to tell their parents what they need. It is the adult's responsibility to know and provide for their needs. In the narcissistic family, roles are reversed. Children meet their parent's needs, not the reverse. And the narcissistic parent NEEDS to be the PTA President to inflate her pompous grandiosity which regulates her fragile self-esteem.

So what happens in a typical narcissistic home?

Narc-daddy goes home and blames his kids for having holes in their socks and bringing shame upon the family name. Then narc-daddy tells his wife to get off her fat arse and buy those kids some socks because if she were doing what she should be doing as the all-nurturing, self-sacrificing, perfect Madonna, he would not have to tell her his kids needs socks. He wouldn't have been subjected to public embarassment or have his authority questioned if everyone in the family would just get with the program and take care of themselves instead of depending on HIM to take care of THEM.

So.....Mama buys the socks. She spends all day with the kids trekking from one store to another looking for the best deal on white cotton tube socks since her budget is limited now that she's saving for a down payment on a home. Boy, are the kids ever excited and happy to spend time with Mom.

In fact, the kids are downright miserable and give Mom a horrible time in Walmart because they WANT her to buy them toys, not socks. They beg her to buy Capris Sun for their lunchboxes, not fresh juice from real oranges. They WANT her to buy shoes with fancy logos, and pants with celebrity labels that they really don't need, and all in all, mama has a rough day keeping her self-esteem in tact when her kids are telling her how deprived they are and how she is ruining their lives because she won't let them have clothes and junk food like all the normal kids have.

When Mom and her kids get home, she has done the right thing for her children because now they have socks and tough snow boots and pants to cover their behinds and all on a limited budget. Yes, it's stressful being a parent who meets children's needs and denies their wants. Or a parent who values teaching her children self-discipline through delayed gratification by earning their wants---instead of expecting Mama to be a fairy godmother on a leprechaun's budget.

That night, the whole fam-damily is sitting around the dinner table eating homemade bread 'cuz it's cheaper and the labor is 'free'. They're also dining on chicken noodle soup because the bones were leftover from last night's meal. It's a long process cooking stock and rolling out noodles but Mama likes to prove she's pulling her share of the parental load. She consoles herself with the thought that the family's unhappy meal cost less than five bucks but it was far more nutritious than the happy meal her kids begged for at McDonald's. Then out of the blue, narc-daddy announces he just bought four tickets to Disneyland.

Suddenly, the kids are hugging him like he's an All-You-Can-Eat-For-Free-Burger-King. And mama sits there wondering why she's so angry she could bust the man in his chops. She's a mess of confusing emotions because she's excited to go to Disneyland, but in the back of her mind, she's figuring out how to reduce the grocery bill just enough to make the vacation feasible. "Tickets are one thing," she thinks to herself. "Gas and motels and restaurants are another."

Give a kid a bowl of nutritious soup that took hours for Mama to prepare and they won't even say "Thank you" or "Yummy!" But give the kid a Tootsie Roll Sucker and talk about adoration, approval and applause. And don't forget: attention. Kids'll be all over that narcissistic parent like ants on a lollipop.

And the socks? Well, mom always buys socks and they need socks and so basically getting socks is boring and expected. Neither of my kids ever shouted "I love you!" when throwing a new package of tube socks on their beds. And when it came to buying underwear, t-shirts, and other necessities of life, shopping with kids was a CHORE. It was a JOB. It was a RESPONSIBILITY. Unlike the joy of taking kids to Toys R Us, or surprising them with a trip to a fast food drive-in. Restaurants, I'm proud to say, my kids only visited once in a blue moon.

Now, the only reason I understand the difference between Ns and Ws is because my adult daughter confessed one day, that she and her brother figured out early on that if they NEEDED something, they asked me.

If they WANTED something, they asked Dad.

I pondered her 'sibling manipulation confession' before releasing myself from guilt about not giving my kids designer jeans and Oscar Meyer sandwiches. Misplaced guilt about denying them what they WANTED because we could not afford it and besides, I had believed that a little deprivation would build character. Or so my parents taught me.

Waiting has been worth every second.

About the painting: Sargent's Daughters authored by Erica Hirschler. You can purchase this fascinating book here: Amazon.com link

Otto Kernberg, Severe Personality Disorders. Page 193: "People with narcissistic personalities tend to be inordinately envious of other people, to idealize some people, from whom they expect narcissistic supplies, and to depreciate and treat with contempt those from whom they do not expect anything (often their former idols). Their relations with others are frequently exploitative and parasitic. Beneath a surface that is often charming and engaging, one senses coldness and ruthlessness. They typically feel restless and bored when no new source feeds their self-regard. Because of their great need for tribute and adoration from others, they are often considered to be excessively dependent. But they are, in fact, unable to depend on anyone because of a deep underlying distrust and devaluation of others and an unconscious ‘spoiling’ of what they receive related to conflicts about unconscious envy.”