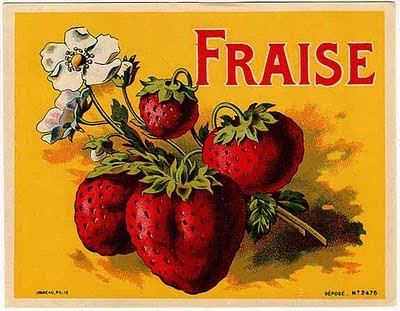 My nephew turned nineteen last week. Can you believe it? He and his mother have lived with me since he was five years old. That means it’s fair to say, “Mickey has two mommies.” Imagine two strong women joining households and you'll have a general sense of the challenges we face creating family. We’re aware of each other’s personal space yet just like marriage, we tread on one another’s toes before noticing they were barefoot and we were wearing boots.
This time, the problem-to-be-resolved was Mickey’s birthday cake. I assumed it was my responsibility to make the cake since my sister doesn’t bake. She buys. She assumed it was her responsibility to buy the cake because who cared if it was homemade or not? Once our assumptions were in the open, we discussed the taste of bought cakes, the limited availability, the banality of bought cakes, why homemade cake is better than bought cake, and chapter two in Cloud and Townsend’s pivotal book on Boundaries.
After dialoging about giving respect and dignity to bought cakes and bought cake buyers, we meandered down memory lane, recalling the special times we had as a family, when making the cake was more fulfilling than eating it. Most of the time, we couldn't remember what the cake looked like when it was finished. We only remembered the process and how we laughed and cried and got mad at each other and ran to the store for an emergency bag of powdered sugar to fill up the center of a sagging cake. After reminiscing about everything that happens in the family kitchen on a birthday, we finally made a decision. I would make the cake. Why?

1) I have the most experience (Seniority rules)

2) I laugh at my failures (less anxiety and stress)

5) The meaning is in the process

For every birthday celebration since my children were born and that goes back thirty-plus years now, my cake-making skills have been put to the test. Whatever the kids wanted, their wishes were my command. They might not have an expensive gift in fancy paper but they had a fancy cake on the table.

The birthday cake was often held together with skewers and toothpicks, the worst side being hidden from the child basking in the glow of colorful candles dripping wax on icing. What's to worry about? Frosting marbled with wax never concerned me much. The kid blowing germs and cooties all over the icing was a bigger health risk than wax would ever be.

Kids are definitely more gourmet than they were a couple of decades ago. Back then, a request for strawberries meant sculpting sugary marzipan to ‘look’ like real fruit. (Which leads me to a clever idea. If you can’t get your kids to eat their peas and cauliflower, buy some marzipan. Then you can tell your narcissistic mother how much YOUR kids love eating YOUR homemade vegetables. They love fruit and vegetables soooooooo much in fact, they eat them on top of birthday cakes.)

I have made Barbie dolls in cake skirts, Teddy Bears sitting upright, plastic clowns lifting a second layer of cherry cake, and castles with entry doors made of chocolate bars. Whatever the child wanted, my job was to make their wish come true! I took a college course in cake decorating back in the 1970’s and who could have predicted Fancy Cakes would be as popular as they are today? I shoulda opened a cake bake shop but on second thought, my kids might have gone cakeless if this cliché is true: the baker’s kids have no cakes. What a sad story that would be if this cake baker's children had no cakes.

Once upon a time.......there was an old woman who made cakes for kings but never made even one lousy cupcake for her own children. One day, while scurrying to the bakeshop (her bakeshop was built in an old shoe a giant had left behind in his haste climbings beanstalks), she realized how foolish she had been. She ran back to her kitchen as fast as she could and grabbed her largest mixing bowl. The one with purple stripes painted on the outside and yellow daisies encircling the rim. She made a cake. Her finest cake with raisins and cinnamon and only the best of ingredients reserved for royalty. When it came out of the oven, she called to her children of which there were many, including tiny Tim and the Matchbook Girl; but nobody came. All the old women’s children had run away with the Gingerbread boy and were eaten up by a sneaky fox promising to carry them across the river to a franchised bakeshop in a building, not a shoe.

She ordered and bought the pizza though.

A great time was had by all,